New tribes preparing to move in next door 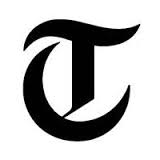 A report identifies the new types of householder emerging over the next decade - from Waltons to GloMads, and Tumbleweeders to My-Sizers

They are the home owners of the future and they are coming to a street near you.

A report has identified the five types of household “tribe” that will be predominant in British neighbourhoods by the middle of the next decade.
They will replace the traditional image of the nuclear British family of two adults and two to three children, the report’s authors claim.

The tribes include: the Waltons – three generations living under the same roof; the MEcos − environmentally friendly, health-conscious couples living in eco-homes; and Tumbleweeders − wealthy people with one or two houses whose children have grown up.

The report also identifies the new types of property that will be needed to house the families of the future, from so-called Yo-Yo Houses to Micro Mansions. The Housing Futures study, undertaken by the property firm Strutt & Parker, examined trends in the housing market brought on by shifts in the population and analysed the results of the company’s own survey of 1,000 households.

“Traditional family structures are no longer the norm,” it said, adding: “There is a resurgence in alternative housing needs.

“The prevalence of people remaining single, living longer, and having children shared between multiple homes due to separation or divorce puts greater pressure on housing stock. The traditional family structure has experienced fundamental change.”

The study concluded that adults born between 1978 and 1995 were “willing to live in private rental for longer, if not for their lifetime”. It identified them largely as GloMads, short for Global Nomads, who delay settling down − not least because they cannot afford to buy a home of their own.

Meanwhile those born during the baby-boom years of the Fifties and Sixties are planning to “right-size” by selling larger homes and using the capital for “pensions and their children’s housing needs”. They are categorised as My-Sizers, or those looking for a smaller, “My Size” property.

“The ageing baby boomers and the millennials [those who reached adulthood around the year 2000] are creating two huge imbalances at either end of the market,” said Stephanie McMahon, Strutt & Parker’s head of research and the author of the report. “If we ignore these emerging trends the imbalance will become more exacerbated over time and the existing housing stock will become less and less fit for purpose.”

The report identifies the kinds of homes people will want to live in by the middle of the next decade. It includes Micro Mansions, which are much smaller than traditional two-bedroom flats, and Yo-Yo Houses, which can be adapted to accommodate different generations living in the same property.

The Ideal Home Show later this month will include, as one of its star attractions, a “multi-generational home”, featuring a student den that can be transformed into a “granny annexe”. A survey for the event suggests that one quarter of Britons are “living with three generations under the same roof”.

* Nearly half a million households in Britain are still in negative equity, meaning the houses are worth less than the amount their owners borrowed to buy them, figures from the mortgage group HML show.
This is a decrease to 463,415 households (8 per cent) from the 826,800 (14 per cent) recorded in the first quarter of 2011, but this reduction “masks huge regional variations”, the company said.

Named after the wholesome and sizeable family in the US television series of the same name, modern-day Waltons “are the ultimate in alternative living lifestyles”, suggests the Housing Futures report.
These “multi-generational” households contain three generations living under one roof as cash-strapped families pool resources or care for an elderly relation, or both. They might also share a home with friends, extended family or an au pair. The Waltons will live in Yo-Yo Houses in which walls can be moved with “relative ease”
to rearrange rooms as the situation changes, providing “the ultimate in flexibility,” the report states.
“Extending beyond the traditional family set-up of recent decades, it is more akin to the households of the past where multiple generations lived together,” the report says. “This is a trend we envisage increasing over the coming decade… As costs of living increase, alternative set-ups allow families to distribute time and costs more economically.”

A combination of the terms “Me-first” and “Eco”, this is the name given to the health-conscious eco buyer.
MEcos are addicted to exercise and dieting and new housing developments are expected to have eco credentials including gyms, pools, saunas and Jacuzzis to cater to their needs. In a survey for the study, 54 per cent of respondents, who did not have children, wanted sports or spa facilities in their new homes.
MEcos will want to live in a Heal development, short for Healthy Eating Active Living homes which are eco-friendly and use space and light “to create a sense of well-being”.

My-Sizers are in part a product of the baby-boom generation. Their children are leaving home and they are looking for smaller – My Size – properties in which to enjoy their retirement.
My-Sizers will sell bigger properties to cash in on their assets. “We refer to this phenomenon as the 4Ss,” says the report, “Shrinking to share, save and spend.” The rise of the My-Sizers is likely to see a growth in Micro Mansions – typically no more than 100 to 250 sq ft in size – in sought-after city centres.

GloMads – short for Global Nomads – are the youngest of the new breeds and can either be single or else roam London and other cities in pairs.
At the high-earning end of the scale, they work for international banks and finance houses and might have worked in New York, Frankfurt or Hong Kong. At the lower end, they are too poor to buy, thanks in part to student debts.
GloMads rent rather than buy and prefer “menu-furnished” flats equipped for their needs, primarily in cities.

Tumbleweeders, who tend to be older and wealthier than My-Sizers, now find themselves in properties that are too large for their needs.
They might be commuters with large country houses, working long hours in the City and enjoying the country only at weekends, or “empty nesters” who have not downsized since their children left home.
The report suggests that Tumbleweeders need to be encouraged to free up housing stock by moving to Platinum Places, which ideally should replace defunct shopping centres and high streets in the middle of town centres.

Article from The Telegraph http://www.telegraph.co.uk/property/10670233/New-tribes-preparing-to-move-in-next-door.html

Spring Is In The Air
Is 2022 Going To Be Our Busiest Year Yet?
PROPERTY SECTOR CAN CONTINUE DURING SECOND LOCKDOWN
LOCKDOWN LIFTED FOR THE PROPERTY MARKET - WHAT WE'RE DOING TO KEEP YOU SAFE
GOVERNMENT GUIDANCE ON MOVING HOUSE DURING COVID-19 OUTBREAK
Tip of the week
How Heritage can Help in spite of Covid-19
How to choose a letting agent to manage your property portfolio

Edit this part using SiteBuilder in Site text and localization

You can register here!